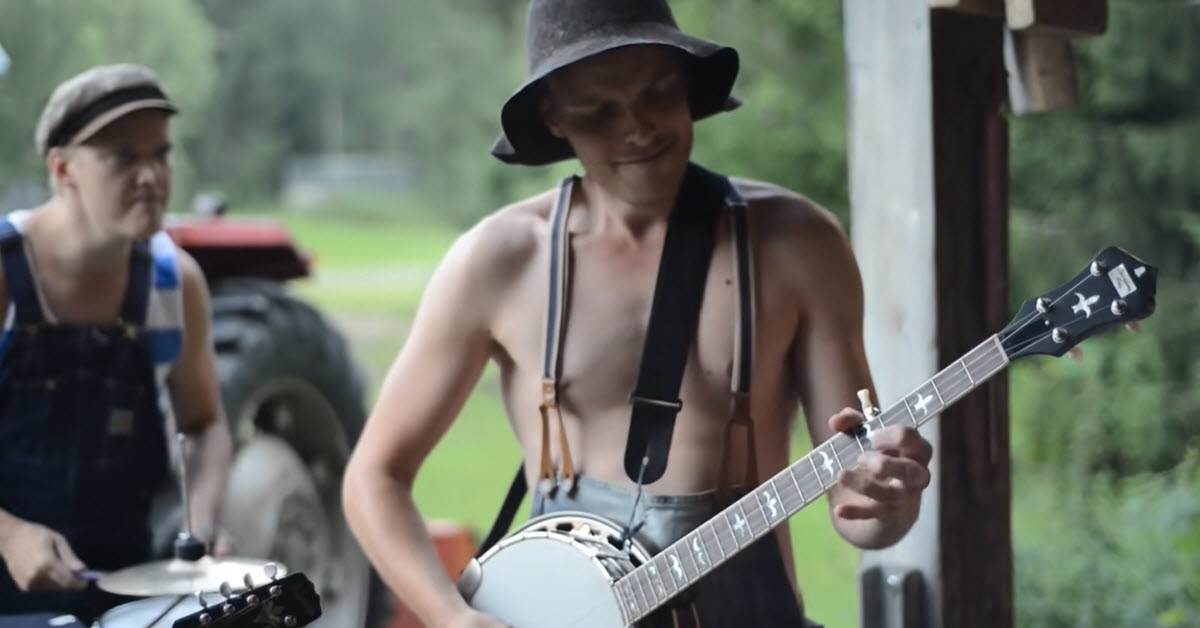 There are many people on this planet who have talent but some people tend to take things to the next level. After all, we probably could all do something that would impress someone without that ability but that doesn’t necessarily mean that we can entertain millions in the process.

That isn’t the case, however, with a band that is relatively unknown. They are a Finnish country band and they have videos on Facebook with millions of views. In fact, the one we have for you below has more than 141 million views and it is still going strong.

The band is Steve ‘n’ Seagulls and they are known for their unusual style of music. After all, they play a wide variety of songs, including some that are heavy metal but they put their own, unique twist on them. They stand there and play on the banjo along with a country band made up of some unusual instruments.

When Steve ‘n’ Seagulls first started putting videos on YouTube in 2014, it wasn’t long before their popularity began to grow. That was especially true when they put the video that we have for you below online, which is by far the most popular.

You don’t have to be a fan of AC/DC to know that they play some incredible music. The guitar, drums, and vocals all come together to really push an audience over the edge. One of the songs that they are well-known for is Thunderstruck.

Perhaps the most notable feature of Thunderstruck is the guitar playing. When you watch it being played in the video, you realize that it is a never-ending flurry of picking, and that is also true when it is played on the banjo.

Quite simply, this is one of those things that you have to hear and see for yourself to truly understand. You may have heard Thunderstruck played many times by AC/DC but until you’ve heard it played by Steve ‘n’ Seagulls, you haven’t heard it all.