Everyone knows that twins share a special bond. After all, they’re together from the very beginning and they grow together, learning to take care of each other in a way while they’re still in their mother’s womb. Parents who have twins will testify that having two newborns is a lot of work, but it’s totally worth it at the same time. There is just something so special about watching the bond that develops between twins. Also, you get double the fun, giggles, and laughs, plus tons of joy and happiness. When Dane Lyman and his wife learned they were having twins, they were over the moon with happiness.

Dane posted a video to YouTube that explained that he and his wife hoped that their boys would be close as they grow up. Twins are using the others’ best friends and they’re there for them in good times and bad. However, what Dane wasn’t expecting was that just after they were born, his baby boys would be comforting each other. His YouTube video has gone viral and people from all over the world are in love with these babies. As babies do after they’re born, these boys were crying, but the minute they both realized that their brother was nearby, they instantly relaxed. It seems miraculous. 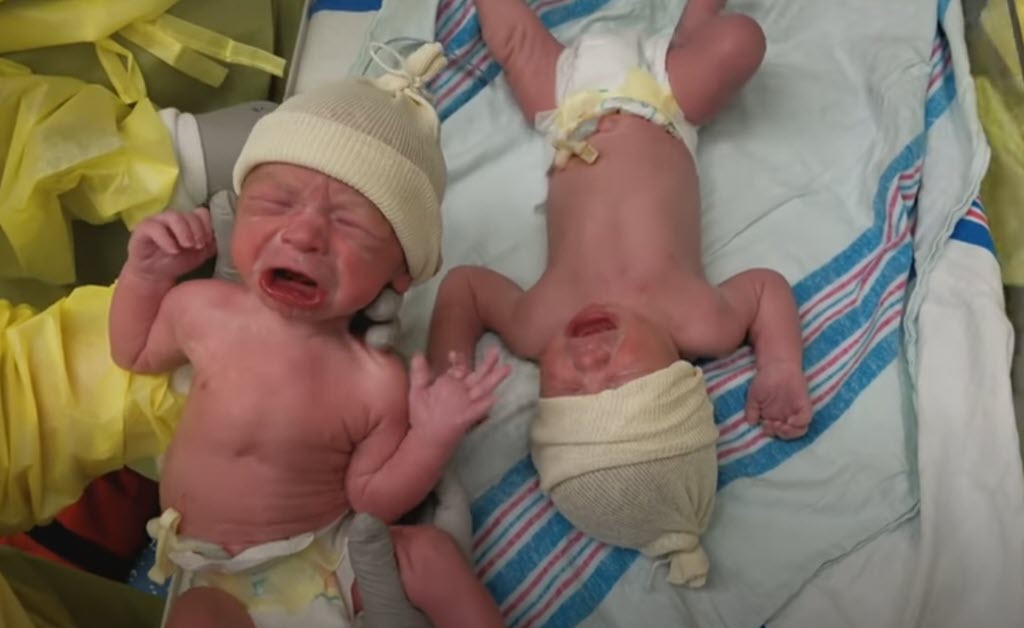 The hospital staff was astonished, as were the parents. Dane quickly grabbed the video camera to capture these precious moments on film. The U.K.’s National Health Services reassures parents that it’s completely fine to put two babies together in a bed. They call it co-bedding and it serves to help babies regulate their internal body temperatures and sleep patterns.

As you can see from watching this video, it’s also very soothing for the babies. These guys are already best friends and that bond will only grow as they get older. Watch the video below and enjoy the special love between these two brothers.