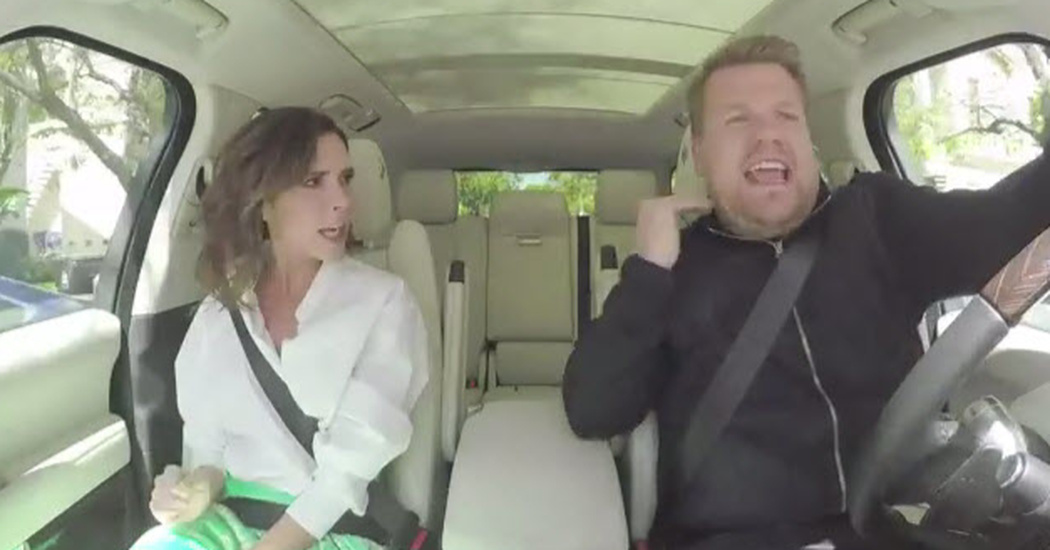 Watching the late-night chat shows can be a lot of fun and we often get the opportunity to see celebrities as we wouldn’t see them otherwise. They just seem to relax during the interview and open up to the questions that are being tossed in their direction. From time to time, however, you may also see a skit that is quite brilliant as well.

When Victoria Beckham visited James Corden on his late-night chat show, they decided to put together a skit that has a rather unusual twist. Many of us remember, either first-hand or because we’ve seen it on TV later, the 1987 film, Mannequin. They did a rather interesting trailer using that film and the final result was quite hilarious.

At first, it’s difficult to tell what is going on in this video but before you know it, they are breaking into something that is all too familiar. Suddenly, they jump into a car and when the music starts, you realise that it is a Spice Girls carpool karaoke! How awesome is that?

Performance cookies are used to understand and analyze the key performance indexes of the website which helps in delivering a better user experience for the visitors.

Analytical cookies are used to understand how visitors interact with the website. These cookies help provide information on metrics the number of visitors, bounce rate, traffic source, etc.

Advertisement cookies are used to provide visitors with relevant ads and marketing campaigns. These cookies track visitors across websites and collect information to provide customized ads.

Other uncategorized cookies are those that are being analyzed and have not been classified into a category as yet.