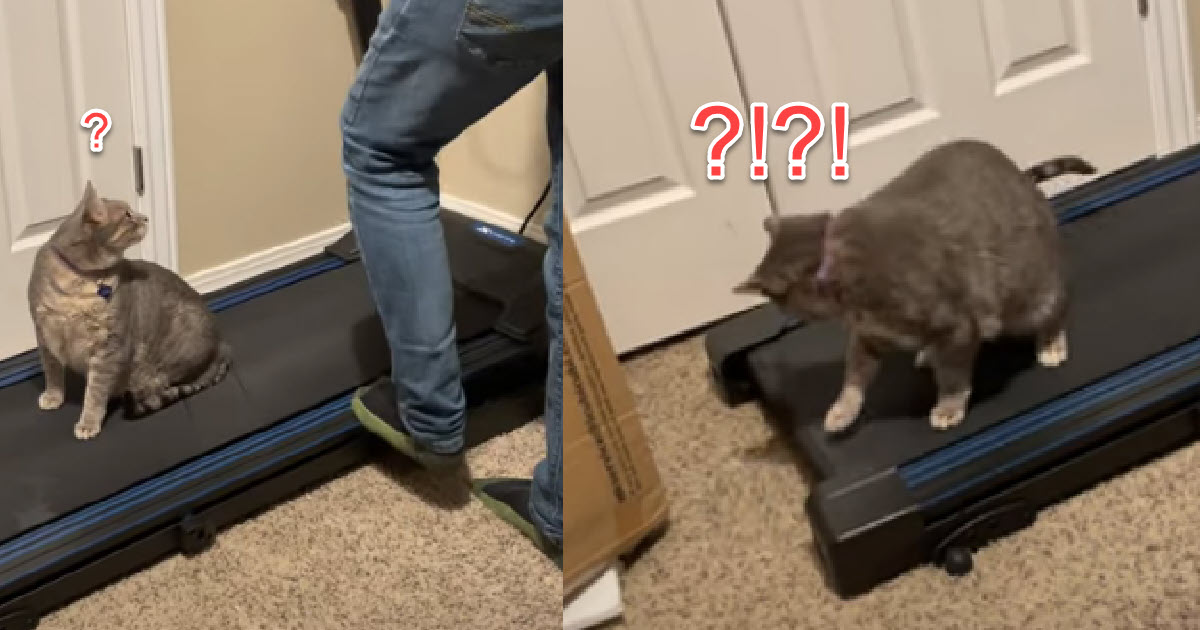 Cats are many things. Lazy, silly, serious, curious, smart, devious, obtuse, nonchalant, and strange are just a few words to describe the behavior of a single cat. Unlike other pets, like dogs, they are known for being very moody, and you never know just what you’ll get from minute to minute. However, most cats do have a sense of wishing for things to be certain. They’re not big fans of things they can’t control, which might be why some love to knock objects off of high places.

A cat’s life centers in many ways around being in control of its body and what’s happening to its body at all times. This may be one reason why they will stop whatever they are doing to groom themselves, as though one hair out of place is simply unacceptable.

In this video, we see Lachlainn, an adorable Blue Savannah Bengal cat, who’s just minding his business relaxing on a treadmill when his human decides to turn it on. 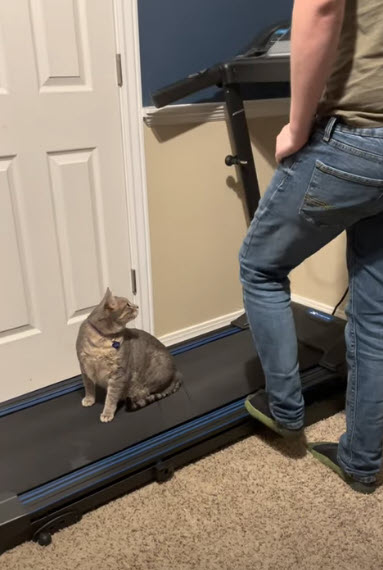 The confused feline does everything possible to stay on the machine, but the confounding belt keeps trying to push him off. 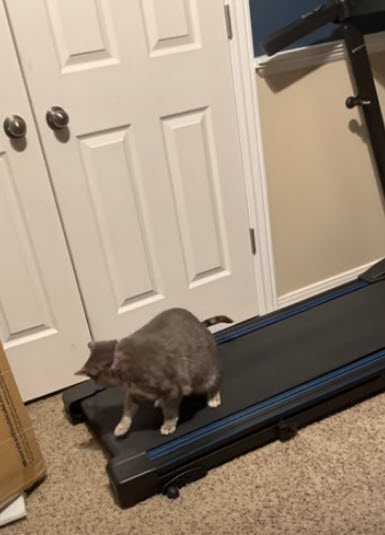 We see him hop and walk backward for several seconds, trying to outpace the slow-moving tread. 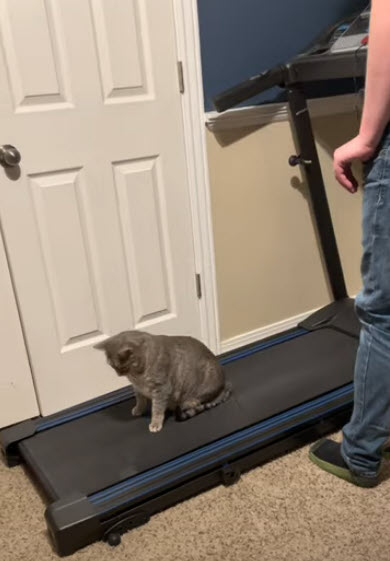 But eventually, Lachlainn calls it quits and chooses to opt out of this absurd situation in favor of a more agreeable lounging area. 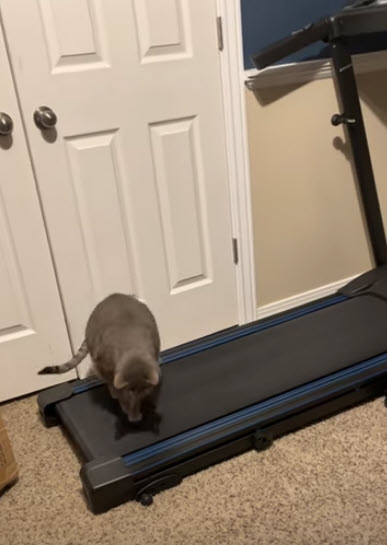 Despite being foiled today, you can bet your bottom dollar Lachlainn will be back on that treadmill in no time once it’s learned to behave. 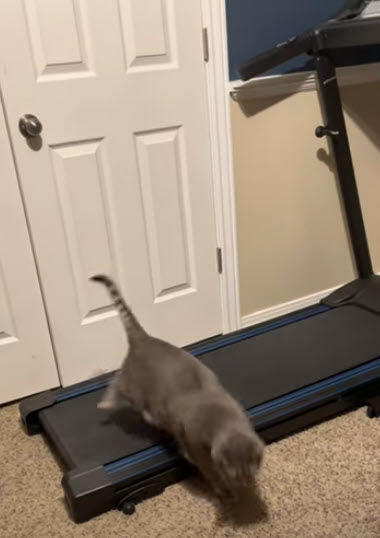 You can watch this kitty’s hilarious video below.

Thanks for reading. Please be so kind as to pass this story along to your friends and family?