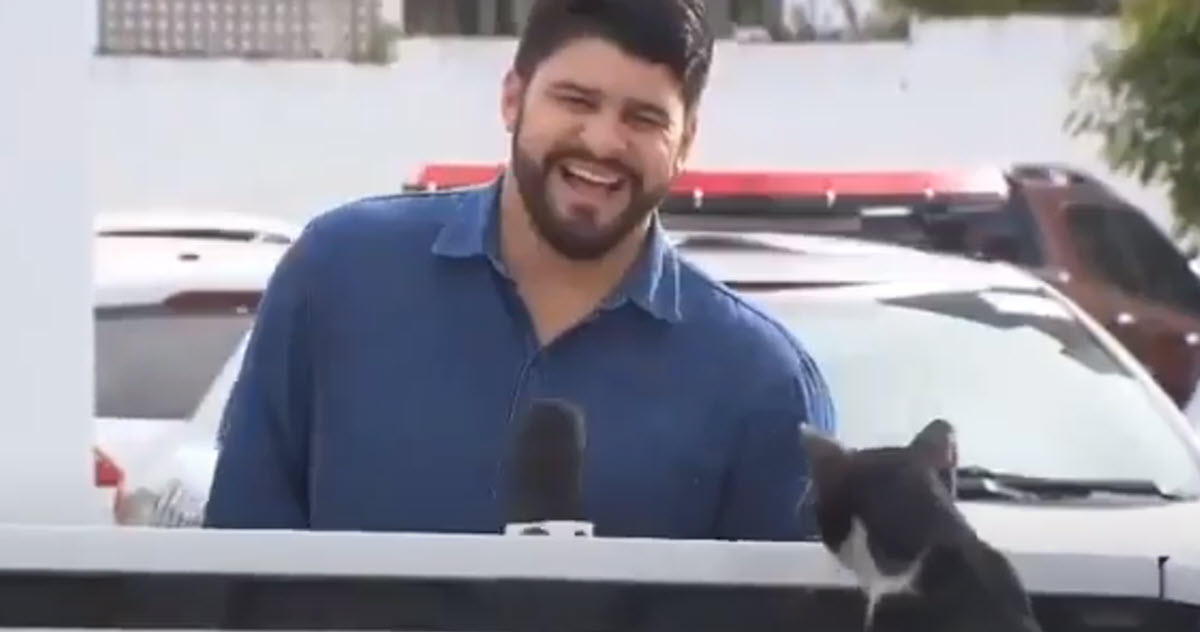 Recently, a journalist from Brazil was in the middle of filming a news segment outside a local police station when a cute little cat decided to insert himself into the story. Must to the surprise of Artur Lira, the reporter, the adorable little cat was very persistent. Right in the middle of the man’s reporting, the little cat appeared at his feet and started demanding not just the attention of the reporter, but also of the cameraman. The good-natured reporter couldn’t stop laughing at the little cat who just meandered up and got himself on TV. Then, to his astonishment, the kitty kept on interrupting him. He just wouldn’t stop.

The cute little tuxedo cat was doing something that you’ve probably seen if you’ve ever been around cats. The cat was rubbing against the reporter’s legs, which is what cats tend to do when they’re marking their territory or when they’re hungry. So this cat was really having a good time with Lira, as it turns out, and was likely hoping to get a snack. Then, when the reporter got busy again, the cat proceeded to hop up and insert itself himself into the camera’s frame so he could be the star of the segment. Lira noted that it’s nearly impossible to feel angry when there’s such a fun cat involved. He even suggested that perhaps the kitty wanted to be on TV so he could become famous himself. 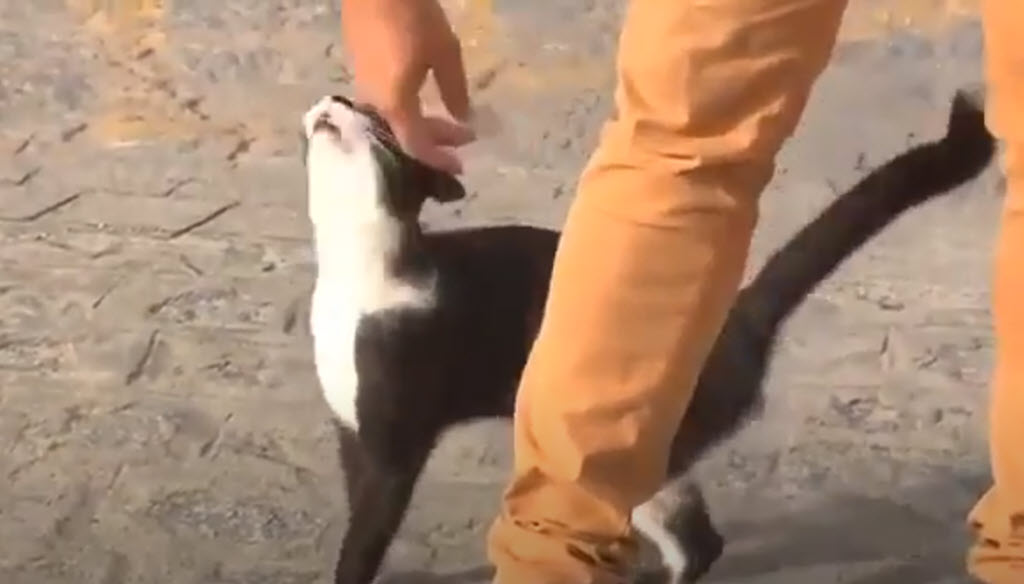 Globo News said that the cat is a stray that’s cared for by police who work at that particular station, so he’s likely quite accustomed to friendly humans and being treated with kindness. The police officers who work there always make sure their cat has food and water. But this story doesn’t end there, and there is actually a super happy ending. The cat seemed to have a goal in mind and it worked. Lira has decided to adopt the cat if everything goes according to plan. By marking him, it seemed that the cat’s mind was made up.

Watch the heartwarming video below.