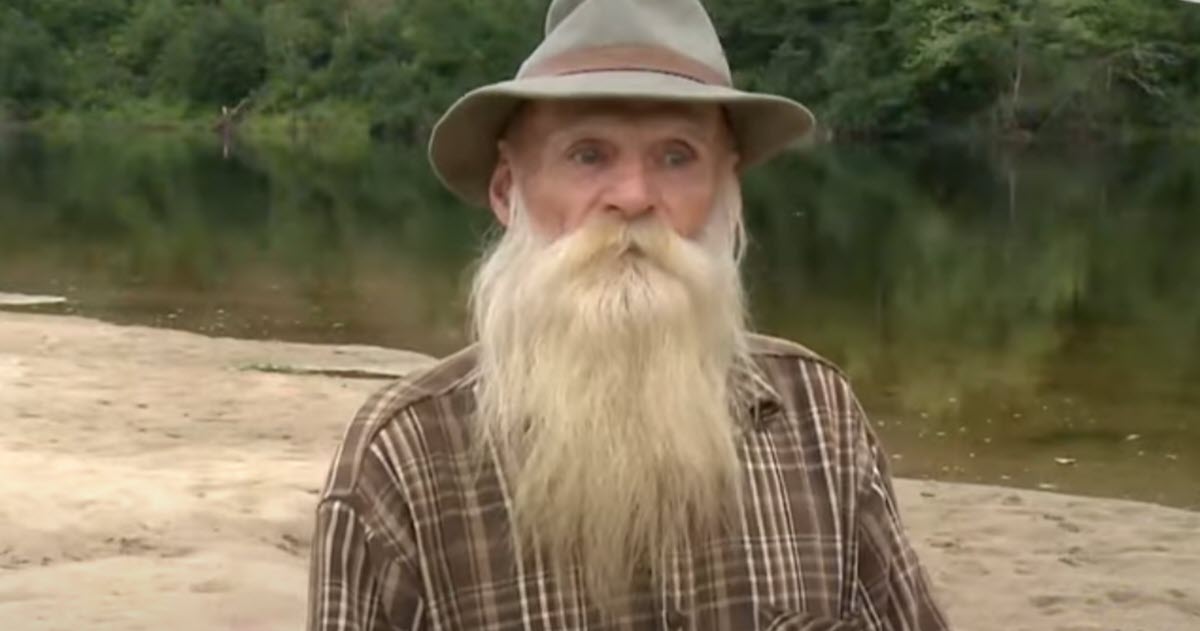 For nearly 30 years, David Lidstone has been living off-the-grid in a cabin in the New Hampshire woods. They call him “River Dave” and he is 81 years old. For the past 27 years, David has been living in the woods growing his own food, caring for his own pets and chickens, and cutting his own firewood. In short, he has survived with no help from anyone. For electricity, his cabin is powered by solar panels. The cabin sits on 73 acres of timber harvest land and it’s hidden by trees. However, now David, who is a U.S. Air Veteran, is in jail on squatting charges after the land’s owner reported him.

The owner of the land is an 86-year-old person named Leonard Giles and now David has been arrested. The father of four children, David explained that his cabin was recently destroyed by a fire and now his future is even more uncertain. According to David, the land’s owner had previously promised David that he wouldn’t force him out, but there isn’t a written agreement. As it turns out, Giles didn’t even know that David was there until 2015. In 2017, a judge asked David to leave the property, but until now, David has resisted all attempts to get him to leave. He was arrested on July 15 when he was accused of being a squatter.

Fire has destroyed a small, solar-powered cabin in the woods of New Hampshire where 81-year-old David Lidstone has lived – off the grid – for nearly three decades. Lidstone was jailed last month, accused of squatting. https://t.co/v5OMcObg69

There is even a Change.org petition that is trying to help David stay on the land that he has lived on for three decades. The organizer of the petition is Tyler Groves, who notes that David is a local legend, a homesteader, and above all, a U.S. veteran who deserves more respect than this. Tyler is petitioning for David to be allowed to spend all of his years on this land. He is known for offering fresh eggs and produce to people who camp nearby. For now, David is being held in jail until the cabin is knocked down, David agrees to leave, or 30 days passes with no action being taken.

Hours after the latest court hearing, Canterbury fire crews are responding to a fire at the property at the center of a dispute between David Lidstone, better known as "River Dave," and a Vermont landowner. https://t.co/Q8VsIMXqyL via @MonicaWMUR

Watch the video below to learn more about David’s story.