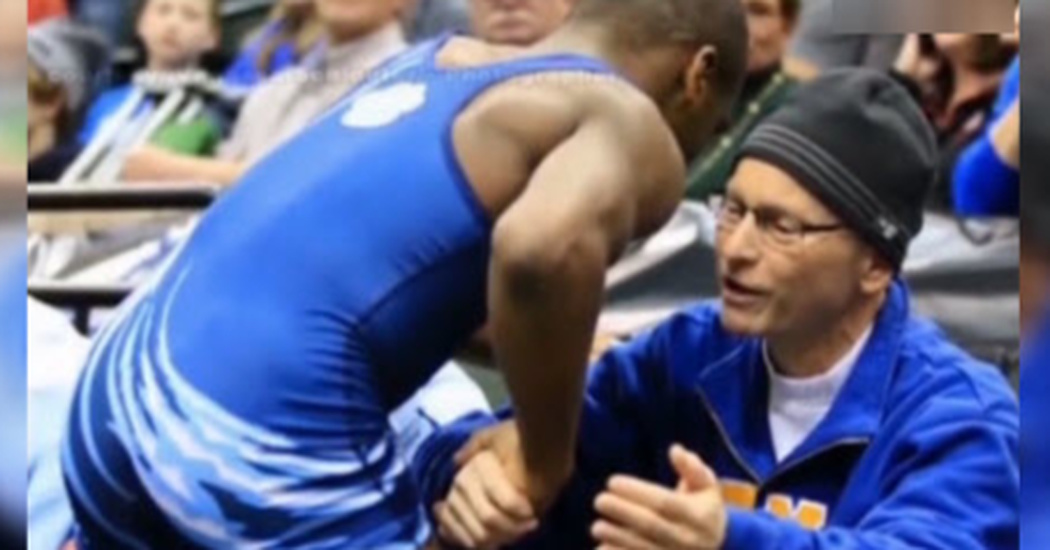 When we take part in a sporting event, it isn’t out of the ordinary for emotions to run high. That is especially true when we are in high school and it is a big match for the state championship. During those events, it isn’t uncommon to see people lose their cool when they lose a match, but you are about to see something quite different.

This took place when Malik Stewart and Mitchell McKee were competing for the state wrestling championship. They fought a hard fight but in the end, it wa McKee who came out on top and at that point, it was time for Stewart to go home. Most of us could recognize that it would be a very large disappointment for Stewart, but he took a different stand when it was all over.

Rather than storming off, Stewart went over to Mckee’s father. You see, his dad is struggling with cancer and things have not gone well. After the hand shake, he went to give his former opponent’s father some words of encouragement. It was perhaps the highlight of the entire tournament.

We use cookies on our website to give you the most relevant experience by remembering your preferences and repeat visits. By clicking “Accept”, you consent to the use of ALL the cookies.
Cookie settingsACCEPT
Manage consent

Any cookies that may not be particularly necessary for the website to function and is used specifically to collect user personal data via analytics, ads, other embedded contents are termed as non-necessary cookies. It is mandatory to procure user consent prior to running these cookies on your website.