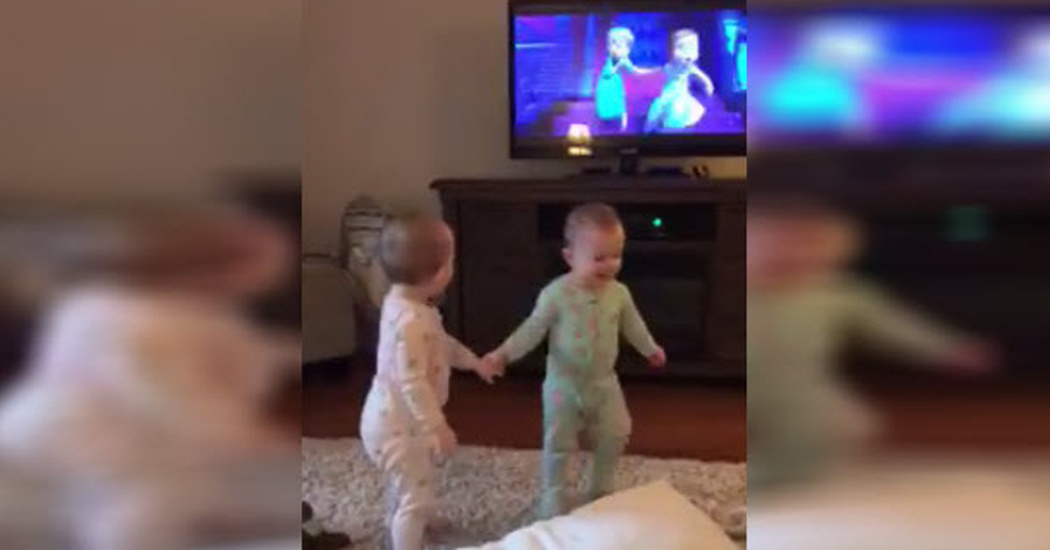 From the time we were very young, we had the ability to enjoy a film and get into the story. Back in the day, it was a matter of waiting for the film to actually come on the telly but once we started having videos we could watch over and over again, we quickly grew to know almost everything about them. At times, it led to some rather amusing situations.

That is the case with these twins, Scarlett and Maddie. They might only be toddlers but they already know the film Frozen inside and out. Of course, with the popularity of the film, that really doesn’t come as a surprise to any of us. What might come as a surprise, however, is when these two sweet girls got up and acted out their favourite scene from the film. It is so cute, it’s hard to watch without a huge smile on your face.

We aren’t sure if these children have had any formal acting classes but it seems as if they have a promising future ahead of them. For now, we get the chance to see them interact and it is the cutest thing ever.