It’s been a couple of millenniums since someone returned from the dead, and that’s exactly what a cat has apparently done. Frankie is a fellow from Warrington, England who is 16 years old. In May, Frankie went missing from his home, and by the time morning came around, there was no sign of the frisky feline. His family was convinced something was horribly wrong because it wasn’t like Frankie to go away from home like this. His family set out to search for him and Rachel and John Fitzsimons, along with their two children, searched for hours to try to find their beloved pet.

Sadly, days after vanishing, the heartbroken family thought they had realized their worst nightmare. When they were driving on the highway, they spotted what they believed to be Frankie’s dead body on the side of the road. In an interview with the Manchester Evening News, Rachel explained that they called the highway agency and they were helpful to look for Frankie. Rachel had given them a good description of their cat and the agency found a cat that looked like Frankie. Because of the condition of the body, they were unable to find the cat’s microchip, so they couldn’t positively identify the body, but the family was convinced it was Frankie. 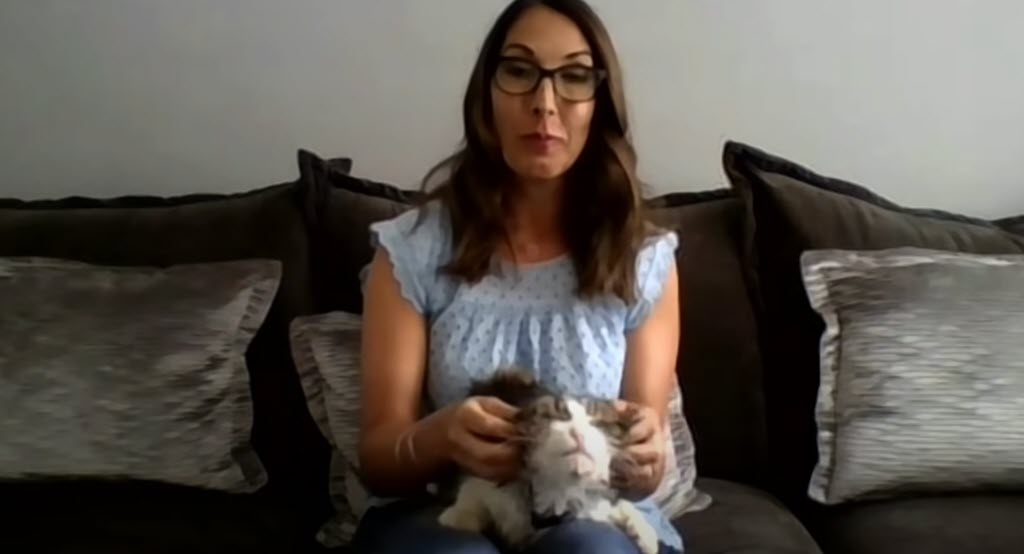 The body was found near the family’s home, so it just made sense. However, when they contacted the vet, they decided that they would cremate the poor animal so that they could begin healing from their loss. To their astonishment, three weeks after Frankie disappeared, he appeared at the door to the family’s home. John heard a meow at the door and then started shouting. When they ran outside, there was Frankie. They described it as an amazing moment. Frankie was thin and filthy but was unharmed. He received a good health report from the vet. 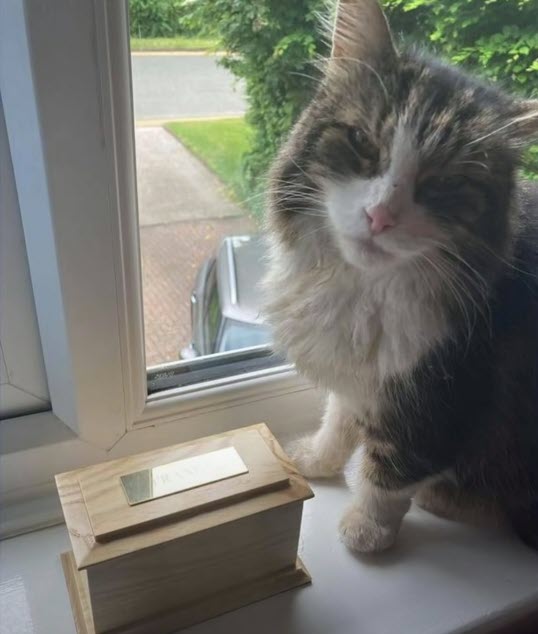 Below, watch the video about this fascinating and funny story.