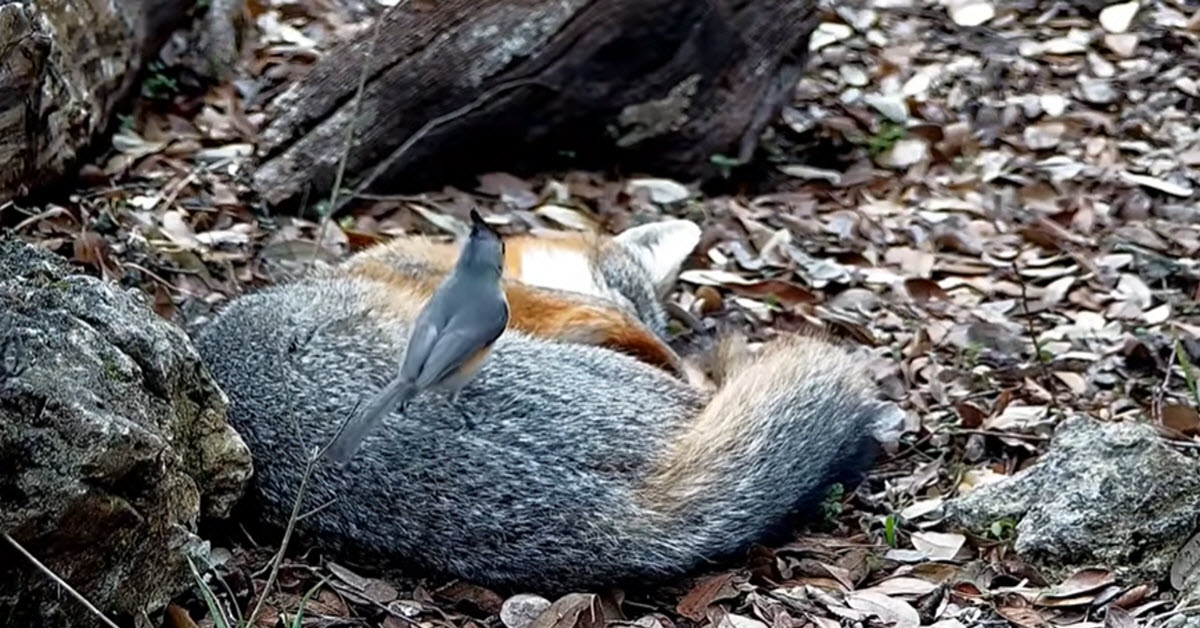 If there is one thing that all of us know about life, it’s the fact that we can get quite busy. In fact, we might sometimes find ourselves so busy that we try to multitask. Experts say that multitasking is not possible because we can really only do one thing at a time. We may be able to switch back and forth from one thing to another, but trying to do multiple things will actually slow us down. It seems as if the titmouse in the following video did not get that memo because she is trying her best to do more than one thing at a time and it seems as if she is successful.

The fox that is in the video seems to be taking a nice nap. A video that was shot before this one by Texas Backyard Wildlife, showed the mother fox and her four pups moving into an underground den. It must’ve been quite tiring because the mother fox couldn’t help but stretch out for a nice nap in the middle of the afternoon. The black-crested titmouse, however, didn’t have the thought of sleep on her mind. She was too busy working and she knew that she would have to take care of her family, so she was trying to make a nest. 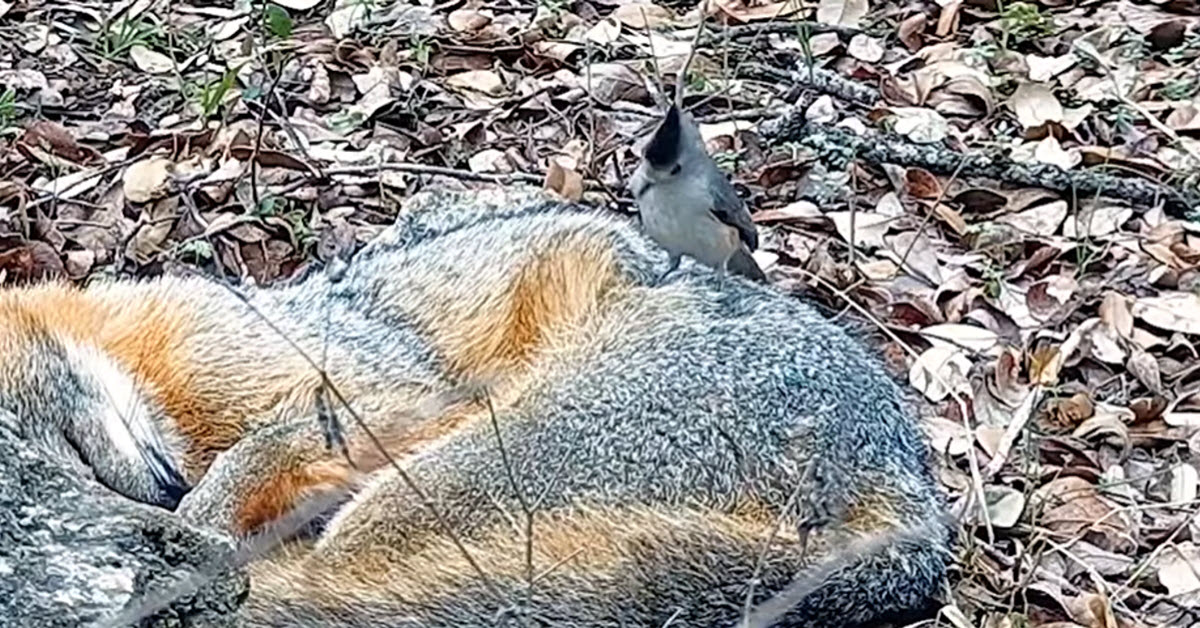 When a bird makes a nest, they often look for very specific items that they can put to good use. At times, however, they want something that will help to make the nest a little extra comfortable, and it seems as if the fur from the sleeping fox was exactly what the bird needed. 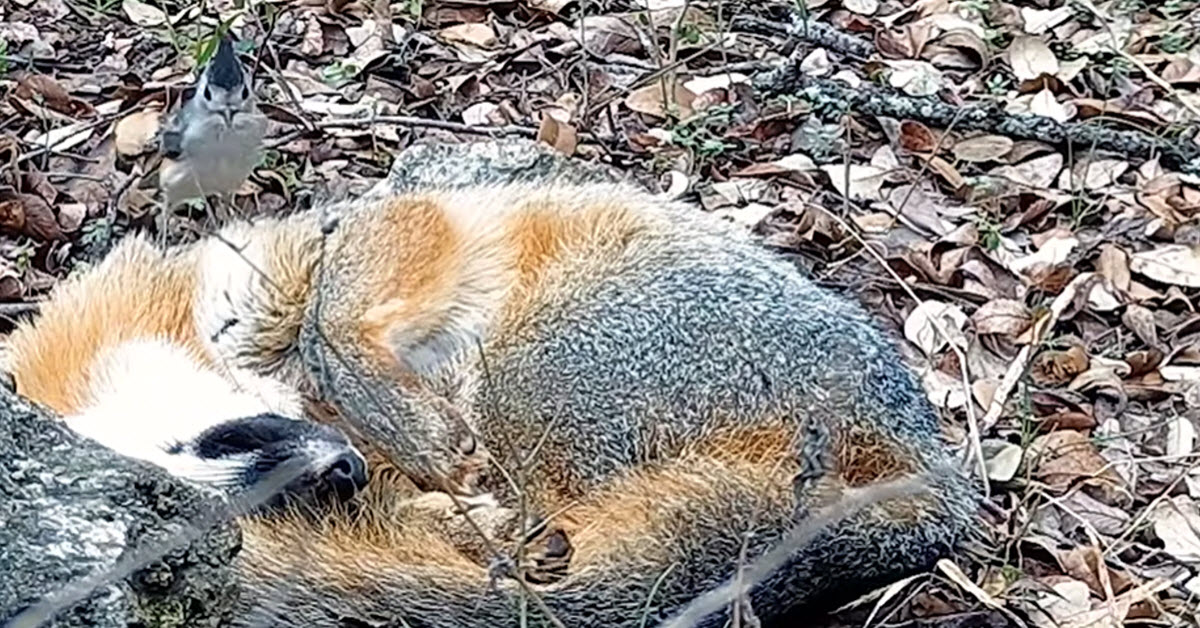 At first, the titmouse came up and tried to pick a couple of pieces of hair from the fox. After she figured out that the fox was a little too drowsy to do anything about it, she just started hopping around and grabbing one beak full of hair after another! I don’t know how much she ended up getting, but she is going to have one comfortable nest for her young ones.